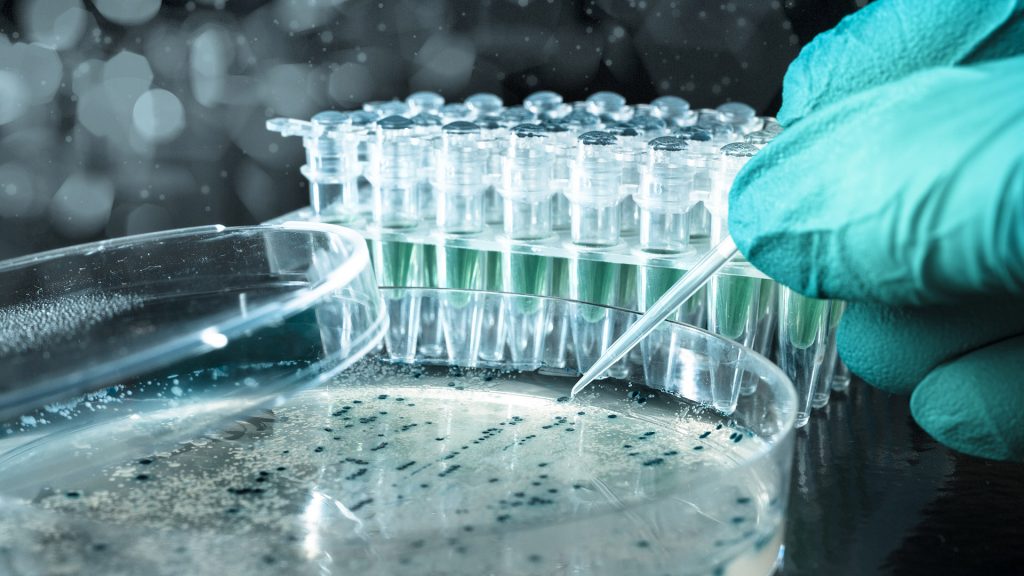 The Novo Nordisk Foundation has awarded DKK 88 million to nine research leaders within endocrinology and metabolism. The grants are part of the Foundation’s Research Leader Programme, which supports ambitious, original research projects and the continuing development of top researchers.

Bariatric surgery (weight–loss surgery) and gut hormone (semaglutide) therapies are used as potential boosters of fat tissue mitochondria for patients with both type 2 diabetes and obesity. In another project, researchers will investigate the links between improved mitochondria, weight loss and glucose homeostasis, with the goal of improving long-term weight-loss results.

A third project will investigate studies of genetic variants and their impact on metabolic health and disease mechanisms based on unique material from diverse populations from around the world – the Greenlandic Inuit and families from Pakistan and the United Arab Emirates, which have all had extensive measurements of their metabolic phenotypes. Multiple populations with multiple omics data will accelerate the ability to obtain meaningful biological insight.

These are the overall objectives of three of the nine ambitious research projects within endocrinology and metabolism that have just received grants of about DKK 10 million each from the Novo Nordisk Foundation. The grants are awarded for research within endocrinology and metabolism, with the aim of understanding the human organism and the mechanisms underlying health and disease at the basic and clinical levels.

The grants last 5 years and give the researchers the opportunity to pursue ambitious and relevant projects through a targeted and long-term grant that will ensure focus, continuity and stability in their research.

The grants target research leaders at different stages of their careers, and several grants were awarded in each of the following categories.

The grants were awarded in open competition following a call for applications. The Foundation’s Committee on Endocrinology and Metabolism assessed all 109 applications received.

The nine grants were awarded as part of the Foundation’s Research Leader Programme. The Programme supports talented research leaders at all stages of their careers and aims to support the continuing development of top researchers. The Foundation just announced that it has awarded a total of DKK 400 million to 41 research leaders under the Programme. Read the news article here.

Grants under the Programme are awarded within four scientific fields: endocrinology and metabolic research; biotechnology-based synthesis and production research; clinical and translational research; and bioscience and basic biomedical research.

The 2020 grant recipients within endocrinology and metabolism are as follows. 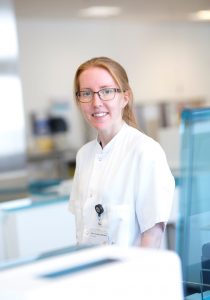 Project title: Maternal Thyroid Disease in Pregnancy: on the Importance of Early Detection and Treatment 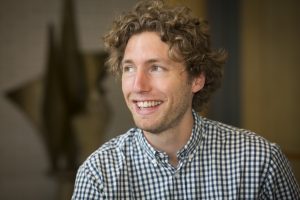 Niklas Mejhert says: “The capacity of cells to store energy, predominantly in the form of fat (lipids), is a prerequisite for life. In mammals, the primary cell type responsible for lipid storage is the white fat cell (adipocyte). Attenuated adipocyte lipid storage capacity is associated with insulin resistance, type 2 diabetes and dyslipidaemia via deposition of lipids in non-fat tissues, such as liver, muscle and vessels. Niklas Mejhert says: “To date, the mechanisms determining adipocyte lipid storage capacity are unclear. Therefore, the main objective of my project is to identify the determinants of lipid storage capacity in fat cells and how these in turn are linked to common metabolic disorders. To achieve this ambitious goal, we will combine clinical studies based on patient material with experiments performed in cells and animals. This will hopefully lead us to identify novel mechanisms important for lipid turnover and may pave the way for new therapeutic avenues to treat common metabolic disorders.”

Søren Nielsen says: “Whereas most of the approximately 20,000 human protein coding genes are very well described in terms of function and structure, surprisingly little is known about the approximately 60,000 noncoding genes. Further, their acute roles as potential regulators of metabolic processes are largely unknown. In this project, we will investigate how noncoding RNAs can regulate the metabolism of two types of fat cells, brown and white. The two types of fat cells are very different in terms of function. Brown fat consumes energy and releases the energy as heat when a person is exposed to cold. White fat is used for energy storage. Both types of fat play important roles in relation to lifestyle-related diseases and type 2 diabetes. Therefore, we will use these cells to examine how noncoding RNAs can regulate their metabolism. We will do that by observing how the noncoding RNAs change location and bind to proteins in the cell and whether that relocation is connected to the structure of the noncoding RNA.” 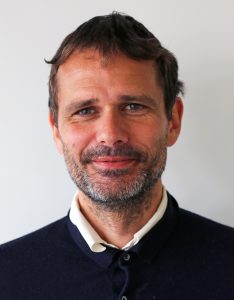 Claus Brandt explains: “The number of obese people has tripled from the mid-1970s to today, affecting almost 2 billion human beings worldwide above the age of 18 years. Even though obesity highly increases the risk of premature death, most people find it extremely difficult to lose excessive body weight. Combining diet and physical activity has consistently been shown to increase the likelihood of losing and maintaining weight. One mechanism whereby physical activity improves weight loss outcome is through its positive effects on the brain. Physical activity improves the brain’s ability to sense and match caloric intake to calories expended. In this study, we will use brain scans from humans and mice and sophisticated molecular biology, and we hope to understand how an increase in physical activity leads to better appetite regulation. This will greatly add to the understanding of body weight regulation and thereby potentially generate new ideas for how to combat obesity.” 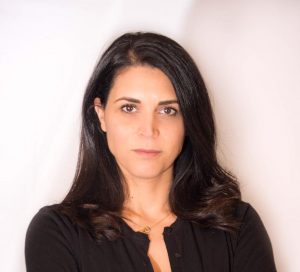 Project title: Role of RNA Regulation in Macrophages in the Development and Correction of Metabolic Diseases

Myriam Aouadi says: “Given its major role in the metabolism of nutrients, the liver plays a central role in the control of metabolic homeostasis. We have recently shown that macrophages could directly regulate glucose metabolism and fat accumulation in obese livers via a factor denoted insulin-like growth factor–binding protein 7 (IGFBP7). In humans, IGFBP7 underwent RNA modification, called RNA editing, a molecular process through which some cells can make discrete changes to specific nucleotide sequences within an RNA molecule after it has been generated. RNA editing of IGFBP7 led to modification of the protein sequence and its capacity to regulate insulin signalling. Here we propose to study the functional role and regulation of RNA editing in macrophages in insulin resistance. Because of the reversible nature of RNA editing (because cells are constantly making new copies of RNA), it holds promise for future therapeutic strategies in obesity and type 2 diabetes.” 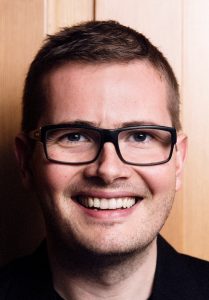 Department of Biology, University of Copenhagen

Anders Albrechtsen says: “This project will use a novel approach to study genetic variants and their impact on metabolic health based on unique material from diverse populations from around the world that have had extensive measurements of their metabolic phenotypes, Anders Albrechtsen explains. “Instead of taking the commonly used approach of studying thousands of Europeans to identify low-impact genetic variations, we will use unique populations to identify high-impact variants in the Greenlandic Inuit and families from Pakistan and the United Arab Emirates in which consanguinity occurs. Further, we will integrate the process of translating these genetic findings to knowledge about metabolic health and disease mechanisms by studying the whole genomes, how the different genes are expressed, the proteins and molecules in the blood and the bacteria growing in their gut. By using multiple populations with multiple omics data, as proposed here, we can accelerate our ability to obtain meaningful biological insight to a whole new level.” 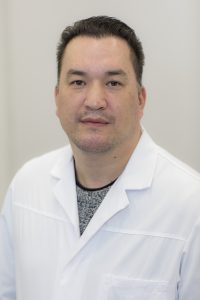 Martin Jastroch says: “The increasing prevalence of obesity and its metabolic comorbidities urgently requires new therapeutic strategies. Increasing energy metabolism to burn sugar and fat by activating energy-wasting processes in adipose tissue would be of tremendous value to combat diabetes and obesity. Nevertheless, the physiological significance, the regulation and the underlying bioenergetic mechanisms of various energy-dissipating pathways have not been understood. With this project, we aim to identify and investigate these novel mechanisms in the adipocytes of mice and men that will be pivotal to unlock the energy-wasting capacities of human patients. The proposed research will take advantage of the latest bioenergetic technologies to assess bioenergetic function in adipocytes, which we have successfully mastered in my laboratory, and advance the field for unique insights into adipose tissue thermogenesis in vitro and in vivo.” 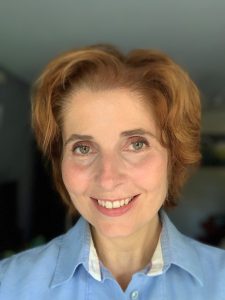 Anna Blom says: “Type 2 diabetes is an increasingly common disease in which there is both resistance to insulin action in tissues and, in later stages of the disease, diminished insulin production from pancreatic beta cells. Lack of insulin causes high levels of glucose in the blood, which is damaging for many tissues, resulting in cardiovascular disease, kidney damage, neuropathy and retinopathy. Therefore, we need to understand the basic processes of how pancreatic beta cells secrete insulin. This is crucial for developing novel therapies for diabetes and its complications. We have unexpectedly found that CD59, a protein that is present on the surface of beta cells, where it protects them from attack by the immune system, is also found inside the cells, where it regulates insulin secretion by interacting with proteins known to be important in allowing insulin release. Now, in this project, we want to study in detail these novel, intracellular forms of CD59 and the exact mechanism by which these stimulate insulin secretion.” 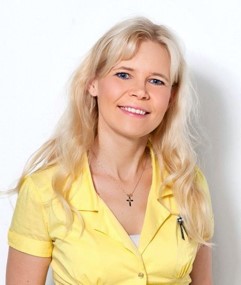 Kirsi Pietiläinen explains: “The current proposal is based on two key findings from our research, suggesting that 1) obesity impairs the function of mitochondria, the energy-producing cell organelles of fat tissue and 2) paradoxically, mitochondrial function further reduces during diet-induced weight loss. In this project, we will examine how to restore mitochondrial function, to improve long-term weight-loss results. We study bariatric surgery and gut hormone (semaglutide) therapies as potential boosters of fat tissue mitochondria in patients who have type 2 diabetes and obesity. Further, we analyse the links between improved mitochondria, weight loss and glucose homeostasis. To gain mechanistic insight, we will test the effects of novel compounds induced by bariatric surgery on mitochondrial function in fat cells. The long-term aim of our project is to facilitate the development of mitochondria-based therapies for type 2 diabetes and obesity and to provide scientific breakthroughs for sustainable weight loss.”