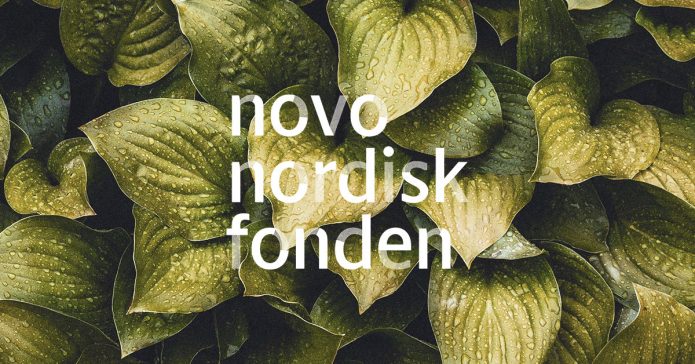 Atrial fibrillation is the most common type of abnormal heart rhythm. One result is an increased risk of stroke. A research group led by Morten Salling Olesen; Associate Professor, University of Copenhagen, will use DNA sequencing to identify the genes that result in atrial fibrillation in a new ambitious project.

Morten Salling Olesen is one of four promising young research leaders who each receive DKK 10 million from the Foundation. The researchers are the first recipients of the Foundation’s new Hallas-Møller Emerging Investigator grants.

The purpose of the Hallas-Møller Emerging Investigator grants is to support and strengthen the development of promising young research leaders in Denmark within bioscience and basic biomedicine, which mainly focus on health and disease and understanding the human organism.

The grants are one part of the Foundation’s new Research Leader Programme, which aims to ensure that the best research leaders at all stages of their careers have the opportunity to pursue ambitious and meaningful projects.

ABOUT THE RECIPIENTS AND THEIR PROJECTS:

Agnete Kirkeby says: “Our research aims to produce pure cultures of subtype-specific nerve cells to be used as regenerative cell therapies towards neurodegenerative and neurological disorders. For this project, we have developed an advanced 3D stem cell model of the early embryonic human brain. This allows us to study the detailed cellular processes that control human brain complexity during fetal development. Using the latest techniques, we will examine each individual nerve cell in our stem cell model down to the smallest detail. We will thereby produce a map of how the hundreds of different specialized nerve cells in our brains are formed at the fetal stage. We will also develop new tools to identify and purify specific subtypes of nerve cells at different stages for transplantation therapies.”

Project title: Nationwide Study of the Genetics behind Atrial Fibrillation

Morten Salling Olesen says: “Atrial fibrillation is the most common form of irregular heart rhythm. The disease is associated with a rapid heart rate and an increased risk of stroke. Little is known about the biological mechanisms underlying the disease. We have identified atrial fibrillation patients with substantial genetic predisposition. We will study these patients by DNA sequencing to identify the genes involved in disease development. These genes will be investigated in zebrafish models to improve molecular understanding of how variation in these genes gives rise to disease.”

Peter Refsing Andersen says: “Genetic parasites, such as viruses and transposons, have colonized the genome Niels-Henrik von Holstein-Rathlou, Head of Research and Innovation Grants, Novo Nordisk Foundation, says, “s of virtually all life forms. The battle between host genomes and genetic parasites creates an evolutionary arms race – a state of rapid innovation of gene regulation mechanisms. We will study this arms race innovation to identify mechanisms that bend and bypass the standard rules of gene regulation to better understand how genes regulate and how genomes fight back against genetic parasites.”

Project title: Structure and Mechanism of a Contractile Nanoinjection System and its Redesign for Targeted Therapy

Nicholas Taylor says, “Certain bacteria secrete large protein machines that can specifically bind to eukaryotic cells and inject toxins inside of these cells. However, it is not known how these contractile injection systems are triggered and how they are able to transfer toxins across biological membranes. The great potential of these systems lies in their adaptation for targeted therapy: if one could change their specificity and the toxin protein they inject, it would in theory be possible to target, for example, only cancer cells, injecting a toxin that is known to be active in those cells. We will therefore try to understand these systems better at the fundamental biological level, using a combination of structural (cryoelectron microscopy), cell and molecular biology techniques. Further, we will take the first steps towards modifying these injection systems to inject cherry-picked effectors into cells of choice.”

The purpose of the Programme is to ensure that the best research leaders at all stages of their careers have the opportunity to pursue ambitious and meaningful projects. The Programme comprises three different types of grants:

The Foundation allocated DKK 600 million in 2017 to establish the new Programme and will award up to DKK 120 million each year in up to 12 five-year grants of up to DKK 10 million.