Diabetes medicine may be used to treat osteoporosis 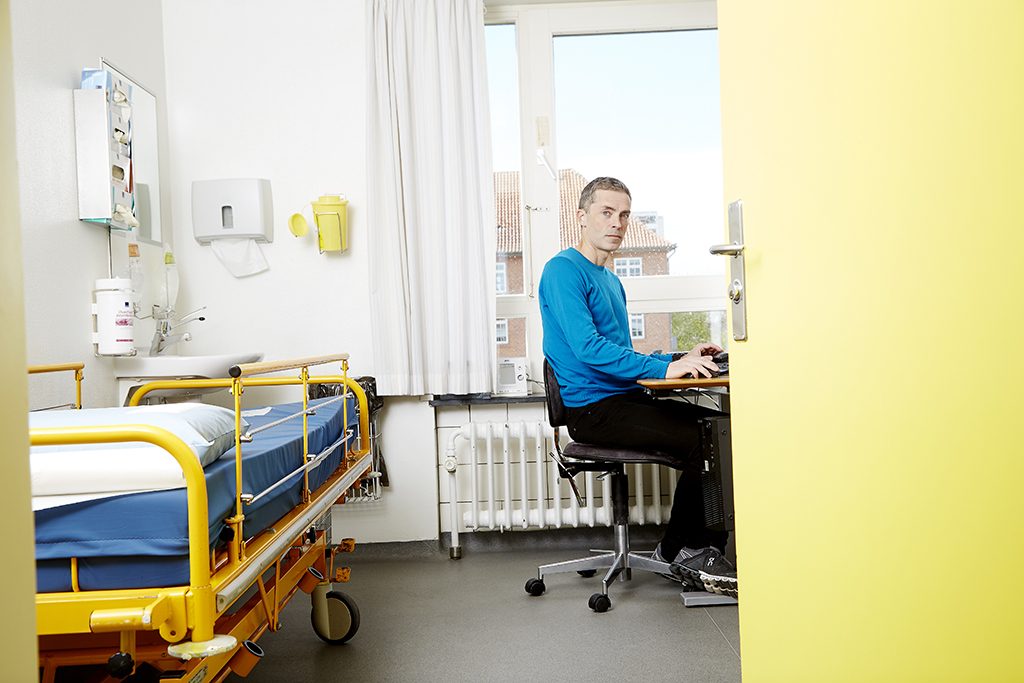 New Danish research will examine whether analogues of glucagon-like peptide-1 (GLP-1) strengthen weakened bones to the extent that this medicine can be used to counteract osteoporosis among people with diabetes and other people at risk of fractures.

People with diabetes have an increased risk of sustaining a fragility fracture, and hip fractures and collapsed vertebrae can dramatically impair their quality of life or even shorten their lives.

Some people with diabetes appear to fracture their bones more easily than others, and now a new major research project will determine whether specific types of diabetes medicine can help to strengthen their bones. The specific medicine is GLP-1 analogues, which are synthetic imitations of the GLP-1 hormone the gut secretes into the bloodstream following a meal to increase insulin secretion.

According to the researcher behind the study, Morten Frost Nielsen, Associate Professor at Steno Diabetes Center Odense and Department of Endocrinology, Odense University Hospital, the GLP-1 hormone may act as a nutrient sensor in the body. It ensures that insulin is secreted and also regulates many other processes in the body, including possibly mechanisms that lead to stronger bones.

“Generally, activating hormonal sensors not only lights the hallway but also the attic and the basement. This means that GLP-1 analogues might be used to strengthen bones. So far, we have tested this in human bone cells, and the results from these experiments look promising, so now we have to examine how GLP-1 functions among people with diabetes,” says Morten Frost Nielsen.

The Novo Nordisk Foundation is supporting Morten Frost Nielsen’s research with an Excellence Emerging Investigator grant of DKK 10 million. The research project is scheduled to run for 5 years.

Why GLP-1 may be useful in treating osteoporosis

GLP-1 analogues may become candidate drugs for treating osteoporosis because GLP-1 appears to be involved in building stronger bones in many ways. Morten Frost Nielsen sees several ways in which GLP-1 can influence bone formation or bone retention.

“Many people consider bones as something dead, but they are far from it. Bone tissue is continually being resorbed and formed, and this is very energy intensive. GLP-1 may be one of the sensors that signals to the bone cells that the body has sufficient energy to build bone mass,” explains Morten Frost Nielsen.

The research for which Morten Frost Nielsen has been awarded a grant is divided into subprojects that, overall, should reveal how GLP-1 analogues might contribute to making the bones stronger among various groups.

The project includes 40 healthy participants and 66 people with osteoporosis, and the researchers will investigate how the GLP-1 analogues affect bone formation at both the cellular and patient levels.

Morten Frost Nielsen’s ideal scenario is that, in 5 years, he will discover that the GLP-1 analogues make the bones stronger among people with diabetes and other people with fragile bones, and he hopes that this medicine can be used therapeutically.

“Today, osteoporosis medicine fails to be effective in some patients and cannot be used to treat people with impaired kidney function, for example, so in this situation we need something new. GLP-1 analogues do not overload the kidneys and could therefore be very attractive alternatives. We may be able to treat a whole group of people with osteoporosis. This would be the ideal scenario,” says Morten Frost Nielsen.

Morten Frost Nielsen says that the grant from the Foundation provides the stability to enable him to focus on his research for several years rather than constantly having to write grant applications. In addition, he can hire people who can help him carry out the research project.

“Having colleagues is very dynamic because we can discuss results and brainstorm ideas. This can only make the research better,” he says.

Morten Frost Nielsen also explains that a foundation seeing enough potential in one’s scientific projects to warrant a major investment also provides professional gravitas. This probably makes it easier to find relevant partners and in the longer term also get more funding to expand the research.

For researchers who do not yet have several decades of research behind them, a major research grant also enables them to start their own research group and no longer depend on a supervisor.

“Receiving such a large grant is very important in accelerating a research career. It provides the independence that is vital at the early stages of one’s career,” explains Morten Frost Nielsen.